Managing and Storing Media in ProPresenter 6

There is a great deal you can do with media within ProPresenter, and this tutorial is designed to show you the basics and advanced topics. You’ll learn how to organize your videos and backgrounds so you can easily find the right media for your presentation.

The Video/Image Bin is the best location for managing your media within ProPresenter. To access the Video/Image Bin, click on the Video/Image icon in the toolbar. You can also press Control + V or open it from the View menu. Once the bin is open, you will find it below the slide viewer. The first time you open this, it will be empty, but once you have started adding content it will begin to fill up!

The left section of the Video/Image Bin is used to maintain your playlists and help you organize your content. The top two bins—Backgrounds and Foregrounds—are the default bins and can’t be renamed, moved or deleted. These bins are your initial organizational tools for your media. To add playlists or folders, click the action menu in the lower-left corner of the Video/Image Bin playlist column. You can resize or hide the playlist column using the vertical handle bars in the lower-right corner of the playlist column.

By right-clicking on a media cue, you can select a number of playback options. Loop will cause the clip to play until it is stopped by the user. Stop will play the clip once and stop on the last frame. Next will play the clip once and then advance to the next clip in the Video/Image Bin. Soft Loop will play the video once, and when it reaches the end of the file, it will loop to the beginning of the video while performing a crossfade. Go to Cue allows you to specify a clip that should be played after the selected clip is finished.

In ProPresenter 6,  Media Bin Keyword Tagging has been added. You can create keyword tags, each with it’s own color, and assign these tags to Videos or Images. Right-click on any video or image to assign a tag. You can also add new, custom tags when you right-click on any video or image. All videos or images that are tagged with any tag are shown by selecting the tag from the left bar of the Video/Image Bin. Each Video or Image can have multiple tags. For example, you could create a tag called “Blue Videos” and a tag called “Slow Videos”, and apply it to a video that fits both of those descriptions. Then, when you select either of those Tags in the Video/Image bin, you’ll see that video, along with any others in that tag.

You can also further organize your content into playlists. Playlists in the Video/Image Bin work similar to those in the Library in that you can add content from your main bins into the playlist without removing them from the main bins. You can also add media directly from the Finder into a playlist. When you do this, the file will also appear in your Backgrounds bin.

Hot Folders are used to link directly to a folder on your computer. Any time you add or remove media from that folder, those changes will be reflected in the Hot Folder. Media cannot be added to a Hot Folder from within ProPresenter. Hot Folders are useful if you have a temporary work folder that you’re constantly updating. Since the Hot Folder will watch for changes, you can move files in and out of that folder as much as you need to. Media in a Hot Folder is not included in the Backgrounds or Foregrounds bins.

If you want to change the sort order of your media, click on the Sort By drop-down menu at the top of the Video/Image Bin. There are a number of options that you can use to sort your media. If you are looking for files with specific words in the file name, type that in the Search box to search the current bin or playlist.

The icons in the lower-right corner and the slider allow you to toggle between a thumbnail and a list view of your media and to change the size of the thumbnails. If you see thumbnails with a question mark on top of them it means the file path to that media file has changed. Either relink the file, or remove it from the Video/Image Bin.

When you delete media from the Video/Image Bin, you will be prompted to delete just the cue, or to also delete the actual file. If you choose “Move to Trash”, then both the media file and the cue will be deleted. This is useful if you have imported temporary content such as announcement graphics or single-use media that you also want to delete from your computer. If you have a ProPresenter Cloud account, the media file will also be marked for deletion from the Cloud. If you have multiple copies of the same cue in your Video/ Image Bin, each of the cues will also be removed with this option.If you choose “Delete Cues”, then just that specific cue will be removed from the Video/ Image Bin and the original file will be left alone.

Any image or video can be adjusted using the following settings, but these must be set before using the clip since the effects aren’t applied in real-time. The benefit of using these effects within ProPresenter is that you can use the same clip on your hard drive multiple times with different looks. Before, if you wanted five different looks on the same clip, you would have had to render five different files; now you just create five references to the same file. To access the Media Cue Inspector, right-click on a thumbnail in the Video/Image Bin, or on a thumbnail in a presentation, and choose Properties.

From this window, you can adjust the In and Out points for any video file. If you have a longer video and only want to show part of it, this is where you can make those changes without having to edit the original video. If you need to change the thumbnail or remove the custom in and out points, use the two buttons below the playback controls.

If you have multiple audio output sources from your computer (USB interface and standard headphone output), you can select one of those outputs from this menu to preview the audio of a video in the Cue Inspector. This will only change the audio output in the Cue Inspector and doesn’t affect any other audio output from ProPresenter. If you need to locate this file on your computer, click on the magnifying glass icon next to the file path. On the right side of this window, the buttons at the top switch between basic information tab (shown), the Properties tab, and the Effects tab.

The Label will use the file name by default, but as you can see with the video that’s open, the file name doesn’t necessarily make a lot of sense. You can change the Label to something that makes more sense for you and it will then be shown below the thumbnail in the Video/Image Bin.

The Info section shows you details about the video or image file. If you want to set a custom transition for the media file, you can change that here as well. These effects will actually be available in the Video/Image Bin and in a presentation once set.

The second tab in the Media Cue Inspector is the Properties tab. These settings can be used to change the way a file is scaled, where it’s positioned on screen, and the orientation of the file. If you are working with a video, you can also change the volume of the audio track, the play rate (speed) of the video and whether the video loops or stops when it reaches the end of the file. There is also an option called “soft loop” for videos. When the video reaches the end of the file, it will loop to the beginning of the video while performing a crossfade. This allows you to loop video files which were not designed to be looped, because there will be smooth fade to cover the change between the last and the first frame.

The third tab in the Media Cue Inspector allows you to make a number of changes to media cues without ever having to edit the original media file. When you first select the Effects tab, you can several changes to the clip.

Adjust Color
This allows you to adjust the Hue, Saturation, Contrast, and Brightness to change the basic look of the video or image.

Blur
This applies a blurring mask to the entire video or image. Moving the slider left and right will change how much blurring is used.

Color Filter
This allows you to apply a filter over your video or image with a color that you select.

Color Invert
This option inverts all of the colors, to achieve a “negative” type effect.

Edge Blur
Edge Blur applies a circular blurring mask from the outer edges. The sliders change the amount of blurring that is applied.

Gray Invert
Like the color invert, this achieves a “negative” type effect, but completely in grayscale.

Sepia
This effect applies a sepia tone to the entire video or image.

Cory lives in Richmond, Virginia with his wife and 3 beautiful children. He loves getting to serve local churches and pastors in his role with Salem Church Products. 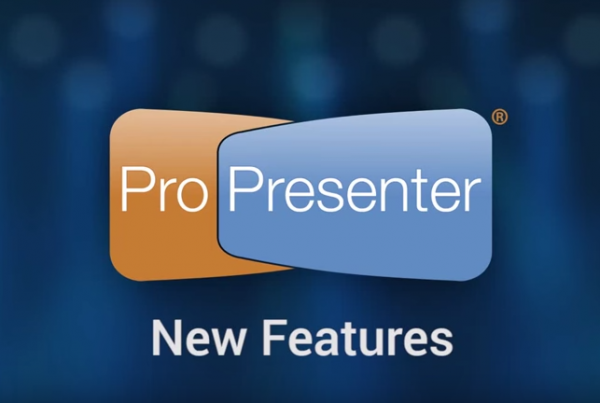 New and Updated Features in ProPresenter 6 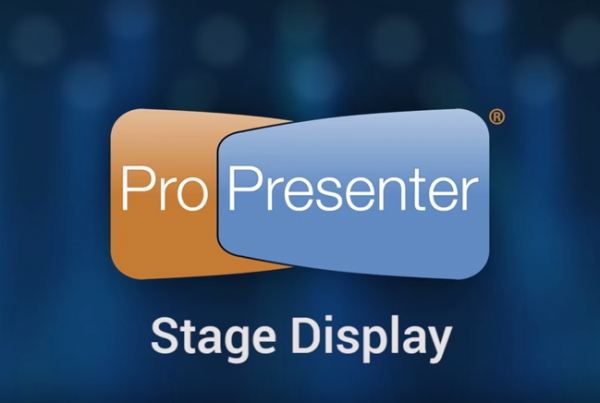 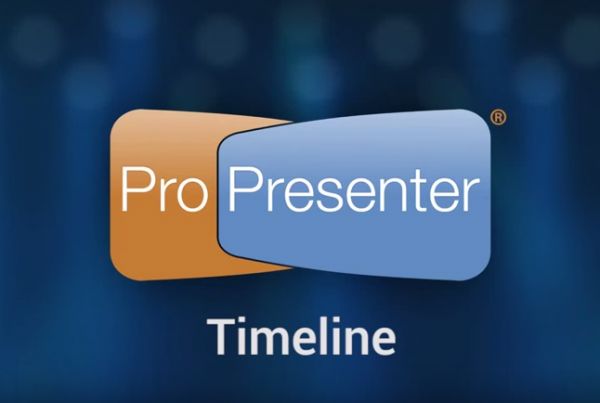 Using the Timeline in ProPresenter